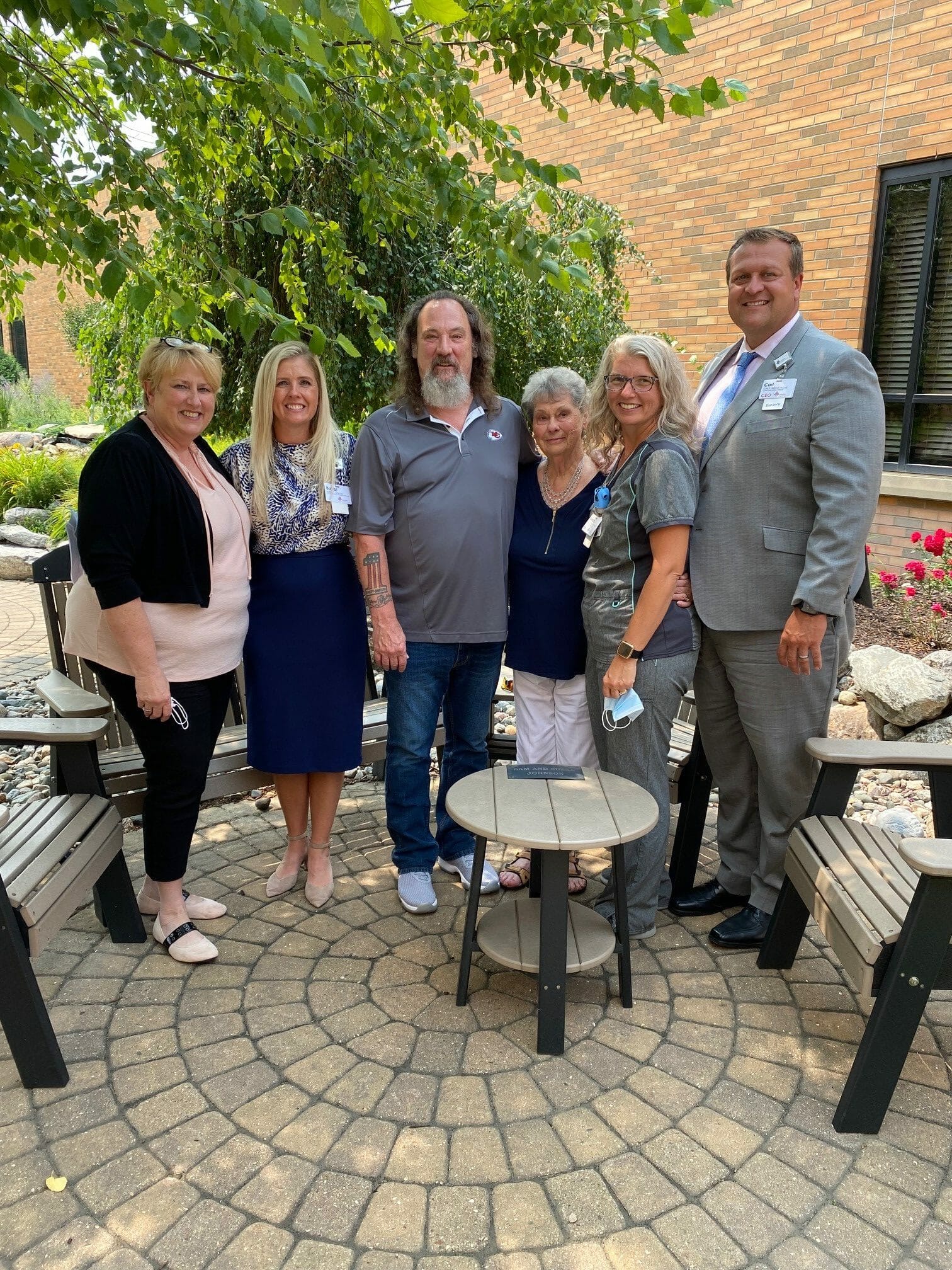 Burgess Health Center is proud to announce the nomination of Brenda Hinrickson from the Burgess Home Health and Hospice Department for the Burgess Foundation Guardian Angel Award.

Mary Lou Carritt and her son, Jeff, want to recognize Hinrickson for her exceptional care by nominating and donating in honor of their beloved husband and father. In a letter to the Burgess Foundation, Mary Lou wrote that Brenda was so understanding and had so much care and concern for Jerry; she was truly our angel.

“There were days when you are just about out of all hope,” said Jeff Carritt. “And then she would show up, and it gave us hope for the next time she would come.”

Burgess Foundation’s Guardian Angel program provides patients, family members, and friends a chance to show their gratitude to a physician, nurse, or another caregiver who has played an exceptional role in their lives. The Guardian Angel received an acknowledgment letter announcing that a donation has been made in their honor and given a custom-crafted lapel pin to wear proudly.

Did a caregiver at Burgess make a memorable difference for you or your family? If so, you can honor that special person in a highly visible way through Burgess Foundation’s Guardian Angel program. It is more than a pin. When you take advantage of our Guardian Angel program, you also help ensure the future of outstanding health care in the region.###