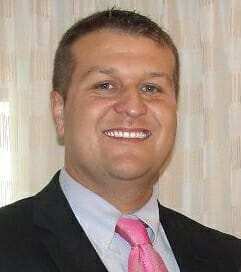 Burgess Health Center today announced that its board of directors hired Carl Behne, FACHE, as chief executive officer. Behne will be responsible for the 25-bed critical access hospital in Onawa, five Burgess Family Clinics serving the communities of Dunlap, Sloan, Whiting, and Mapleton in Iowa as well as Decatur, Neb., and two retail family pharmacies in Dunlap and Whiting.

“We are extremely fortunate to have someone of Carl’s caliber and experience step up to lead Burgess,” said Schrunk. “We are at a critical moment in healthcare, and with renewed leadership, we look forward to successfully continuing to improve the quality of life for the people and communities we serve by providing excellent healthcare and exceptional patient experiences.”

During his eight-year tenure as CEO at Green County Medical Center in Jefferson, Iowa, Behne was named 2013 Iowa Hospital Association Young Executive of the Year, steered culture improvement which led to being named one of Iowa’s Best 150 Places to Work in 2015,’16 and ’17, oversaw the construction of a $22.5 million expansion and renovation that improved access to emergency care, developed and led the philanthropic achievement of a $4 million capital campaign goal, to name a few.

“I am excited to lead a strong, independent, and forward-thinking organization such as Burgess,” said Behne. “Now more than ever healthcare organizations need to be willing to adapt and change rapidly to the needs of our consumers and the external environment. Burgess is uniquely positioned to do both and I am ready to be the next leader to support driving the change.”

“I can think of no one better to push Burgess to another level in healthcare,” adds Schrunk. “Carl is an engaging leader with proven qualifications in strategic planning, physician recruitment, master planning, community relations, and patient experience. We look forward to welcoming him to the Burgess team.”

Behne and his wife Allison have been married for over 21 years and currently live in Jefferson, IA.

Their daughter Samantha, 19, is studying early childhood education at the University of Northern Iowa in Cedar Falls. Their son Nathan is a freshman in high school and keeps them moving with all his weekend AAU activities.

Behne enjoys spending time with family, golfing, bow hunting, and anything outdoors. He is hoping to relocate early this fall. He and Allison look forward to building a home in the future in or around Onawa. Behne is extremely excited to meet the team at Burgess and hear about the great things we have going on and our shared vision for the future.