What is Sleep Apnea and Do I Have It? 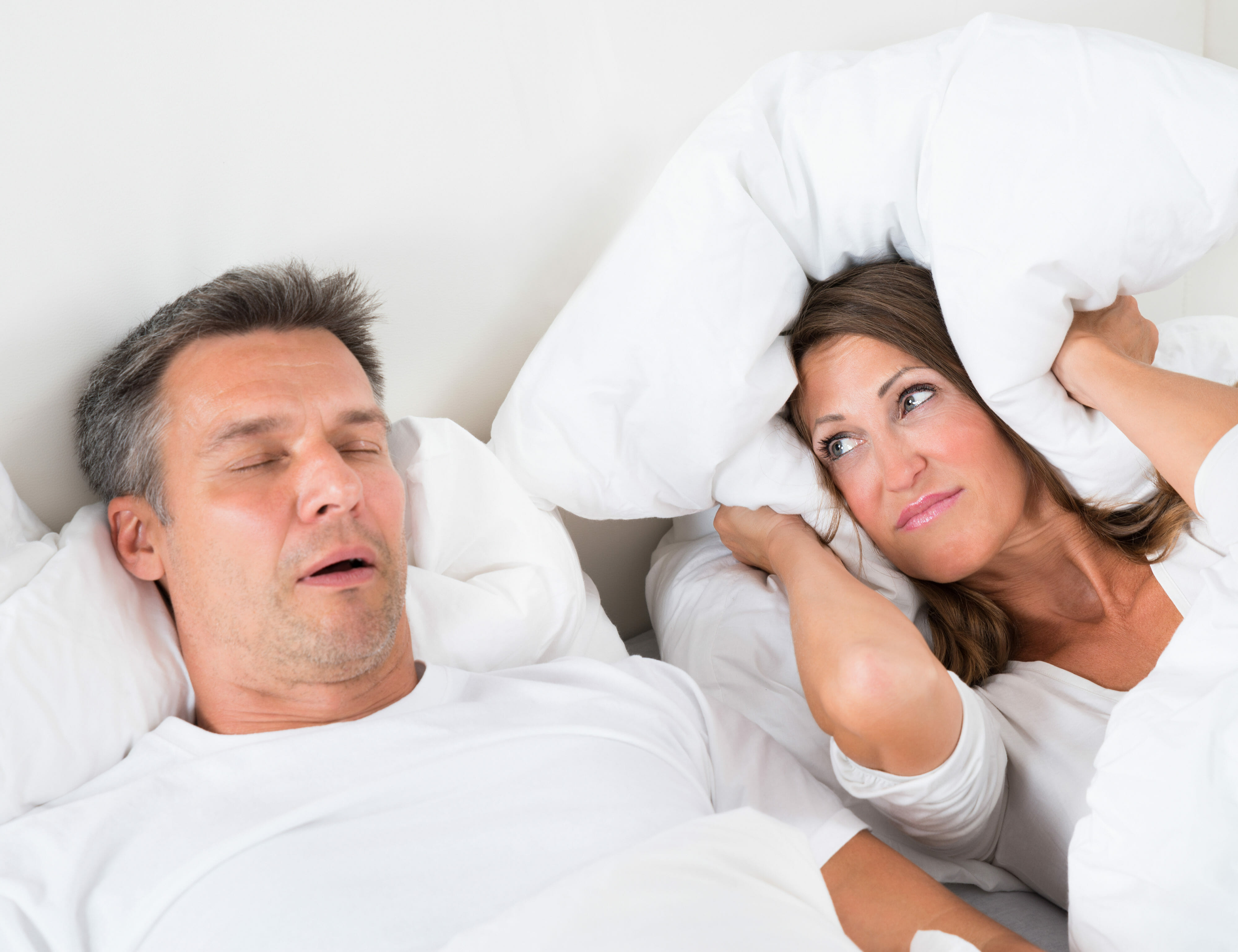 Sleep apnea is a common sleep disorder. It’s characterized by brief interruptions of breathing during sleep. These episodes, called apneas, last 10 seconds or more and repeatedly occur throughout the night. People with sleep apnea partially awaken as they struggle to breathe, but in the morning they may not be aware of the disturbances in their sleep.

The most common type of sleep apnea is obstructive sleep apnea (OSA), caused by relaxation of soft tissue in the back of the throat that blocks the passage of air. Central sleep apnea (CSA) is caused by irregularities in the brain’s normal signals to breathe. Some people with sleep apnea have a combination of both types.

OSA is more common in men than women and in people who are overweight or obese. Here are some symptoms to look for if you suspect you are suffering from this disorder.

Most people with sleep apnea have obstructive apnea “OSA,” in which the person stops breathing during sleep due to airway blockage. Breathing is resumed within a few seconds, but periods of as long as sixty seconds are not uncommon in severe cases.

OSA is more common amongst people who snore, who are obese, who consume alcohol, or who have anatomical abnormalities of the jaw or soft palate. However, atypical cases do occur, and the condition should not be ruled out just because the patient does not fit the profile.

“OSA” is caused by the relaxation of the muscles in the airway during sleep. While the vast majority of people successfully maintain an open upper airway and breathe normally during sleep, a significant number of individuals are prone to severe narrowing of the pharynx, such that breathing is impeded or even completely obstructed. As the brain senses a build-up of carbon dioxide, airway muscles are activated which open the airway, allowing breathing to resume but interrupting deep sleep.

The prognosis is that sleep apnea left untreated can be life-threatening. Excessive daytime sleepiness can cause people to fall asleep at inappropriate times, such as while driving. Sleep apnea appears to put individuals at risk for stroke. Successful treatment can also reduce the risk of heart and blood pressure problems.

Sleep Studies are conducted at Burgess Health Center in Onawa. Contact your primary care provider for a referral.