Chronic Obstructive Pulmonary Disease (COPD): Who, What, Where and Why 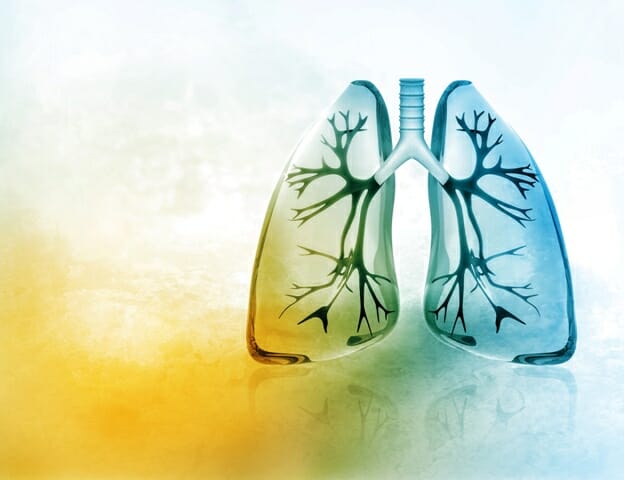 COPD is one of the leading causes of death for Americans. The disease can have significant impacts on the quality of life. People with COPD just don’t feel good. Sufferers slowly lose the ability to do even the simplest of everyday activities such as keeping up with personal hygiene, dressing, or even brewing a cup of tea or coffee. Even the most menial tasks can become overwhelmingly exhausting. Although a cure has yet to be found, early diagnosis and treatment can go a long way in easing the impacts of this potentially life-threatening condition.

COPD is an umbrella term for chronic and progressive disease of the lungs. It encompasses more commonly recognized conditions such as emphysema, chronic bronchitis, and chronic asthma. Symptoms of COPD include shortness of breath and constant coughing (most often accompanied by phlegm/mucus production).

Additional symptoms include increased shortness of breath during even mild exercise, wheezing, noisy breathing, and a feeling of tightness in the chest. As the disease progresses, the COPD sufferer can experience frequent colds, flu, and other respiratory infections as well as a general sense of fatigue, a lack of energy, significant weight loss, and swelling of the feet, ankles or legs.

COPD patients find symptoms become more complex and more severe as their condition progressively destroys the air sacs of their lungs. As the condition worsens, the outward flow of air is impeded, resulting in bronchitis, wherein their bronchial tubes narrow as they become inflamed. As less air flows out, more mucus builds up, and it becomes harder to breathe.

The COPD Foundation reports that approximately 30 million individuals in the US alone display symptoms of COPD. Approximately half of those impacted aree unaware that they are affected, even when their symptoms have advanced to the point where they adversely affect day-to-day activities.

Cigarette smoke is the primary cause of COPD . Ironically, however, ” regular smokers are less likely than the rest of the population to consider themselves at risk of developing COPD,” says LFA. Nevertheless, even exposure to secondary smoke can ultimately cause COPD.

Exposure to other air pollutants, most notably smoke, fumes, and industrial dust, also carries risk factors for developing COPD. LFA observes that, because of the decreased capacity of their lungs and the potentially increased exposure to causative factors at work, women are more likely to develop COPD than are men. For some of these women, a key element might be in their own homes.

Healthline reports that poor home ventilation leads to an accumulation of fumes that could contribute to COPD, particularly in developing  countries. Fumes from heating fuel and cooking are especially problematic, and given that women often spend more time in their homes than do men, their susceptibility to COPD in some cases is understandable.

The Socioeconomic Impacts of COPD

Lung Foundation Australia reports that in 2008, “the total economic impact of COPD was estimated to be $98.2 billion; $8.8 billion was attributed to financial costs and $89.4 billion to the loss of well-being.” This study illuminates the overall societal costs of COPD, which exceed those of cardiovascular disease, osteoporosis, and arthritis.

According to the American College of Chest Physicians (CHEST), in the U.S., the medical costs involved in treating COPD exceeds $32.1 billion annually. Add in the $3.9 billion incurred from days lost from work, and the total cost of COPD hovers around $36 billion. That number is projected to increase substantially by 2020.

Early diagnosis of COPD is the key to keeping the personal and societal impacts of the condition under control. Diagnosis requires a spirometry, a simple lung function test that can be performed in almost any general physician’s office. Imaging tests, blood tests, and lung function tests are often employed in more refined diagnostics.

The first step in treating COPD is to quit smoking. Inhaler devices are at the forefront of medication possibilities, and they should be kept at hand at all times. Oxygen therapy may become necessary for those in the advanced stages of the disease.

Preventative measures like regular influenza and pneumonia immunizations are critical. Furthermore, pulmonary rehabilitation programs help with the shortness of breath and coughing as well as help prevent or treat the anxiety and depression that so often accompanies those afflicted with COPD.

Finally, support groups can supplement a patient’s understanding of their condition, and perhaps even more importantly, help with the emotional and social vacuum into which so many with COPD seem to spiral.

COPD is a potentially debilitating condition that comes with astronomical socioeconomic costs. In the US and Australia alike, only heart disease, stroke, and cancer surpass COPD’s total death toll. While there is no cure, COPD is both treatable and preventable.